Pupils learned about the artist Franz Marc, known as The Painter of Animals, who used bright, bold, unrealistic colours to express emotions in his work.  They also found out about the impressionist style movement, where artists, such as Vincent Van Gogh, used fast paced brushstrokes to capture an impression of a moment in time.  Pupils worked hard to develop control using their paintbrush while working in the style of the impressionists.

Finally, we learned about the Spirit of the Rainforest project which took place at The Eden Project in Cornwall.  This was a collaborative project where a British artist, John Dyer, joined with an Amazonian artist, Nixiwaxa Yawanawa, to produce work which they thought captured the essence of the Amazon rainforest.  Pupils then used inspiration from this project to create the background to their final pieces.

A superb effort from the children who created some outstanding pieces of work! 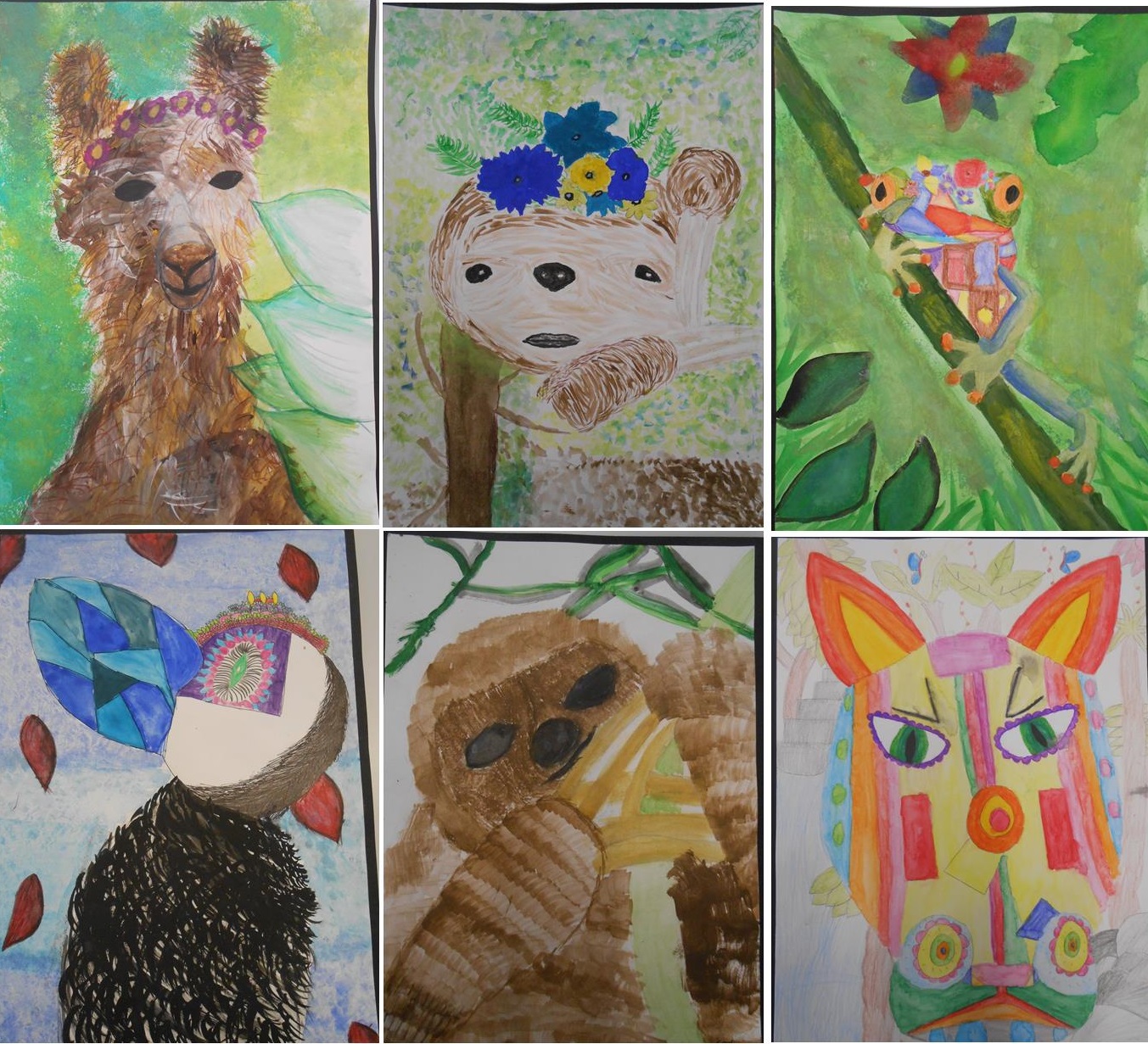